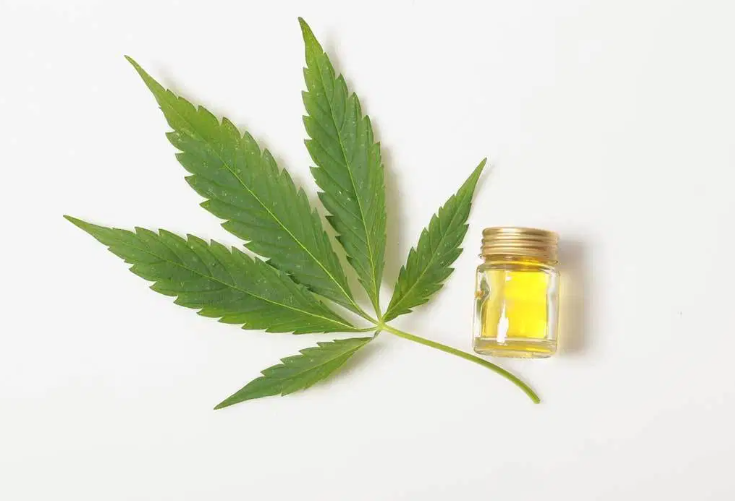 CBD Oil and its many benefits can all be traced by to the body’s endocannabinoid system. Since the late 80’s, researchers and medical professionals alike, have been aiming to understand this complex system and how its interrelated relationship to the other functions of our body, are connected. In this article we will discuss the efficacy of CBD Oil in aiding muscle relaxation and acting as a more than capable muscle relaxant.
First, let’s unfurl what the endocannabinoid system is. Although there has been a substantial amount of study surrounding the ECS, there is still much to be learned. We will keep it simple here. Essentially, the ECS is made up of three parts:
1. Endocannabinoids, which our bodies make
2. Receptors, consisting of CS1 and CS2
3. Enzymes, when the endocannabinoids are done their functions, this is where enzymes come in to break them down
Research published by Pubmed Central, which is part of the NIH database, lists these functions that the ECS is associated:
• appetite & digestion
• metabolism
• chronic pain
• inflammation
• mood
• learning & memory
• motor control
• sleep
• cardiovascular system function
• muscle formation
• bone remodeling and growth
• liver function
• reproductive system function
• stress
• skin & nerve function
So, it is not surprising that CBD oil has so many far-reaching benefits. It can all be traced by to the endocannabinoid system.
Now, we shall discuss specifically muscle relaxers. Why do we need our muscles to relax?
The involuntary contraction of a muscle or a set of muscles can be the basis for discomfort and even pain. These episodes are often referred to as muscle spasms or muscle spasticity. There are a variety of reasons why one would experience this. The cause could be a more serious underlying issue (involuntary) or due to the use the muscle or group of muscles from exercise (voluntary).
The involuntary portion can include muscle spasms, which are contractions like back and neck pain, even fibromyalgia. Muscle spasticity is differentiated as a continual spasm that leads to the muscles becoming stiff causing all sorts of problems with mobility. Multiple sclerosis (MS), amyotrophic lateral sclerosis (ALS), and cerebral palsy are the conditions associated with spasticity.
Exercise, in all its forms, are voluntary muscle contractions. Most of us are familiar with the fatigue and soreness we feel after straining ourselves from a good workout. This is because when we exercise, the muscles in our bodies are rubbing against each other, sometimes tearing the tissues. This is when inflammation occurs.
There is a slew of prescribed and over the counter medications that someone would use for either of these conditions, all of which carry with them the burdens of numerous and possibly dangerous side effects.
In the prescription medication category, we have antispasmodics and antispastics. Antispasmodics usually use SMRs, skeletal muscle relaxants. They are centrally acting and work by causing a sedative effect. Sometimes they work by stopping the nerves from sending signals of pain to your brain. The long-term use of these SMRs is not known, their recommended usage is between 2 to 3 weeks. Common side effects include:
• headaches
• drowsiness
• dizziness
• lowered blood pressure
• anxiety
• reddish colored urine
The over the counter class of medications is the NSAIDs, nonsteroidal anti-inflammatory drugs also known as acetaminophen, ibuprofen, or naproxen. A few of the symptoms you may experience from such NSAIDs are:
• headaches
• stomach aches
• nausea
• loss of appetite
• itching
• rash
• dark urine
• clay-colored stool
Just to name a few.
Some muscle relaxants can cause severe withdrawal symptoms. These could include seizures or even hallucinations. Other muscle relaxants may depress your CNS, central nervous system. Doctors usually recommend that those that do take these medications not operated machinery of any sort due to the inability to stay awake or pay attention.
What is the alternative?
When it comes to pain management, specifically referring to muscle relaxants, most of the alternatives lies in common sense strategies. Examples like getting enough sleep so that your muscles can recover, drinking enough water, are all well and good for relaxing muscles due to strenuous exercise. But for uncontrollable spasms that are of neurological origins, those things just do not work to seriously manage the pain associated with diseases like MS, cerebral palsy, fibromyalgia, or damage like spinal cord injury and acute muscle tears.
For those that suffer from such difficulties, there must be something more substantial. Here is where CBD oil comes in like a superhero.
Of course, when I say this, I am not saying that CBD is the magic pill for these conditions, not at all. What I am saying is, why not give it a chance? CBD oil has been used for a massive list of ailments, all of which we can link back to the endocannabinoid system. CBD, a cannabidiol, interacts with the ECS indirectly. CBD activates certain receptors that control the body’s pain perception and inflammation. From this stimulation of the ECS, CBD may greatly reduce the sensation of pain and lower inflammation.
For years now, CBD has displayed excellent outcomes when used for patients with multiple sclerosis, often having chronic spasticity.
CBD can slow down chemical messengers while boosting endocannabinoid supply causing muscles to relax and spasticity to be greatly reduced.
On top of these rewards, CBD has proved to reduce stress and anxiety, promote relaxation and quality of life, inadvertently causing the body to “chill out”.
While sometimes we see all these issues as separate, in many ways they are interconnected. Your well being is not separate from your fears, your contentedness isn’t separate from your accomplishments, it’s all one system working in unison. When you have such a non-intrusive, proven effective natural medicine like CBD, it almost does not make sense not to give it a try. There are a plethora of people whose lives have been completely transformed by using CBD, as sublingual, digestive or topical application. The benefit list far outweighing any disadvantages.