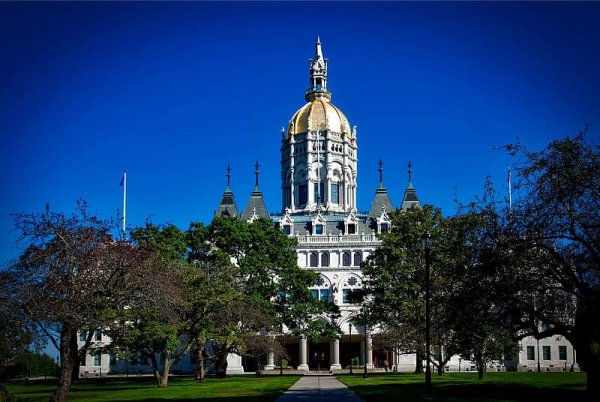 There are two paths to recreational marijuana legalization in the state of Connecticut. The first and quickest path is through the legislature. In order to do so, a bill would have to be drafted and passed by both chambers of Connecticut’s legislature. This option is more viable than it has been in previous due to Democrats gaining larger majorities in both chambers as a result of the 2020 election. Currently, Democrats hold a 97-54 majority in the House and a 24-12 majority in the Senate. However, legalization for recreational use in the state has received opposition from both parties.
The second option would be through amending the state’s constitution. House Speaker Matt Ritter said that if legalization fails in the legislature, lawmakers will make sure to leave the matter up for a vote in the form of a ballot measure. This would require the legislature to pass a joint resolution proposing an amendment to the constitution by a three-fourths majority in each chamber.
Ritter believes that the amendment route would add an average of three years to the legalization process. Marijuana for recreational use is currently legal in the states surrounding Connecticut including Massachusetts, New Jersey, Maine, and Vermont. Lawmakers in both Rhode Island and New York are considering legalization.
Ritter explained that cannabis legalization is a priority for House Democrats and has little to nothing to do with revenue, noting that legalization alone would never balance the state’s budgets. Instead, House Democrats in the state look at the social impacts of cannabis prohibition and the negative impacts left on communities most affected by the war on drugs.
While legalization in Connecticut is moving incrementally, Ritter refuses to raise the white flag. Surrendering is not an option. If he is unsuccessful in collecting enough votes to legalize through legislation, he is committed to having it on the ballot as a constitutional amendment. With the growing support for marijuana, legalization is likely to pass in the state if presented as a ballot measure.

If you have any words for this, please create a post on our marijuana forums and let us know your thoughts.
Reference