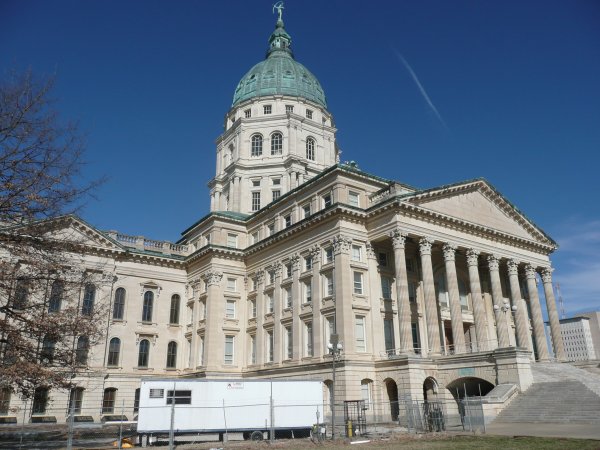 Since the passing of medical marijuana legislation in the Kansas state House, the measure has been stuck in a Senate committee because of leadership, according to state Sen. Jeff Pittman. While the bill passed with ease in the House, Vice President of the Senate Rick Wilborn doesn’t believe there’s enough time to sort out a fast track process with the legislative session ending on Wednesday, May 26.
While Wilborn previously supported legislation that permitted the medical use of low-level THC, there still remains questions regarding police enforcement and driving impaired that the Senate has yet to address. With other states surrounding Kansas legalizing cannabis for medicinal purposes, Wilborn also recognizes that legislative action is necessary though he remains unsure if the timing is currently right.
In order to pass the committee, the House’s measure needs 24 votes. It would only need 21 votes to pass the Senate, but no action can be taken until the bill makes it through the legislative committee. Pittman believes that the bill has the 21 votes to pass the Senate, but fears that they won’t have the opportunity to vote on it with it being delayed in committee.
The possession and sale of marijuana remains illegal in the state, with penalties varying depending on the amount in possession or being sold. Democratic Gov. Laura Kelly has expressed in the past that she fully supports the full legalization of marijuana for adult use, but medical marijuana is currently her top priority.
One of the major reasons states are moving so rapidly to implement their own medical marijuana programs is because the alternative treatments for serious illnesses and chronic pain have negative impacts on our society. Painkillers, for example, can be substituted for marijuana for some patients. Painkillers have a track record for being highly addictive, leading others to more highly addictive substances, while marijuana is not considered by most to be a highly addictive substance.

Soon there may be medical marijuana dispensaries around the state of Kansas.
Reference