Legalization in Minnesota to face uphill battle from GOP-controlled Senate 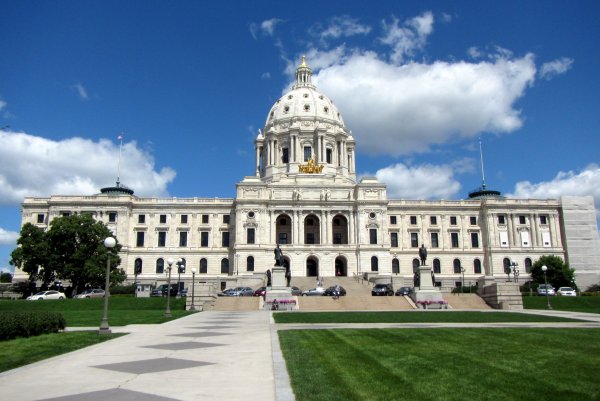 As the race to become the 16th state to legalize adult recreational marijuana use continues, the latest actions taken by Minnesota Democrats may have put the state in the lead. On Monday, MN Democrats announced a push to both legalize marijuana and expunge minor cannabis convictions. The lawmakers are shaping the issue as a necessary action in narrowing racial disparities in the criminal justice system.
Democrat House Majority Leader Ryan Winkler hopes the push will legalize cannabis, create a well-regulated market open to competition, and address the racial disparities created by the ongoing War on Drugs, all while gaining bipartisan support. Legalization has also gained support from MN House Speaker Melissa Hortman and Gov. Tim Walz. However, the initiative does face one major obstacle.
The Republican-controlled Senate, led by Majority Leader Paul Gazelka, is unlikely to budge on the issue. Instead, Gazelka proposes that MN lawmakers focus on balancing the budget without raising taxes, reopening schools and businesses closed due to the pandemic, and to recover the economy. Republicans argue that there is no need to rush legalization in the state prior to studying the adverse impacts it has on surrounding states.
Legalization is on the way, Winkler urged his political counterparts, and it may be more wise to join in shaping the policy rather than opposing what many view as inevitable. Not all Republicans oppose the initiative. Republican Rep. Pat Garofola has referred to opposition as “indefensible,” and called for a bipartisan effort to finally put an end to the unfair prohibition on marijuana.
Marijuana legalization should have never become a partisan issue, because the justifications for its prohibition were built on a foundation of misinformation. Garofola argues that the prohibition is inefficient and expensive to the state, and that he is not alone in his stance on his side of the aisle. Regardless, if Republicans care to continue to win elections, marijuana legalization may be the issue they want to consider readjusting their platforms for.

Soon you may see marijuana dispensaries and marijuana deliveries in Minnesota before you know it.
Reference