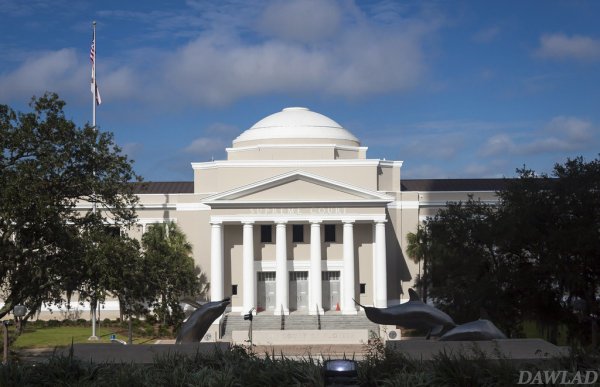 Despite a majority of Florida residents supporting legalizing marijuana for adult recreational use, progressing legislation that would make the dream a reality is being met with opposition at every angle in the Sunshine State. A recent survey conducted by Public Policy Polling revealed that 59% of Floridians fully support legalizing recreational cannabis, while only 31% are rooting for the failing War on Drugs.
A majority of support from residents in the state would suggest that recreational marijuana legalization is not a partisan issue. Republicans, who have consistently opposed efforts in the past, enjoy a supermajority in the state's House and Senate. There have been two different ballot initiative efforts that would have put the decision up for a vote in 2022, both stuck down by the Florida Supreme Court for being “misleading.”
Due to the disconnect between the representative republic and the people, organizations like the National Organization for the Reform of Marijuana Laws (NORML) are focusing their energy and resources on legalization at the federal level. United States Senate Majority Leader Chuck Schumer voiced that he is working on legislation that would remove cannabis from the federally controlled substances and treat the substance more like alcohol and tobacco.
Marijuana remains illegal in the state of Florida for recreational use. An amendment to the state’s constitution legalized the state’s medical marijuana program in 2016, but did little to decriminalize cannabis for those without prescriptions. Possession of 20 grams or more, for example, continues to carry a sentence of up to 30 years in prison and a $50,000 fine.
In New York, the police will let you fly at the airport in possession of three ounces of marijuana. If you’re flying to Florida, that same amount carries felony charges and decades of your life imprisoned. Legalization at the federal level is a good place for advocacy groups to focus their energy because legalizing individually at the state level creates inconsistencies in the law across the country. Depending on where somebody stands in possession of marijuana, they’re either a law-abiding citizen or a criminal.

Find your medical marijuana dispensaries on our map page.
Reference