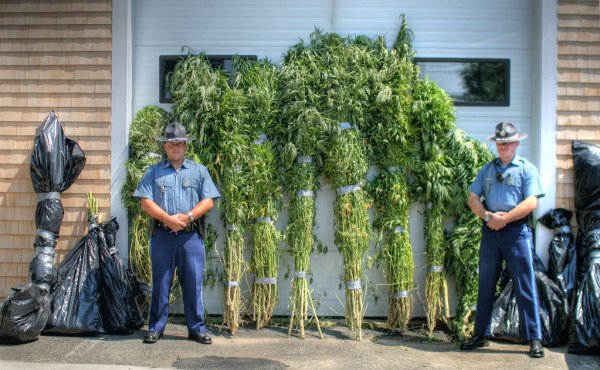 Lawmakers in Nevada are pushing for more law enforcement in regards to the illegal black market for marijuana. One lawmaker in particular, Democratic assemblyman Steve Yeager of Las Vegas, explained that the low level of attention focused on the matter is due to priorities and the lack of manpower. While he recognizes cracking down on black-market sales of marijuana isn’t the number one priority, he argues that the Cannabis Compliance Board should step up their enforcement.
According to Josh Garber, a detective for the Las Vegas Metro Police, the black market produces nearly $20 million in tax-free revenue in Southern Nevada alone. In 2020, the Las Vegas Metro Police busted just 17 illegal growing operations, down from 111 in 2013. The reduction in marijuana-related busts is due to Las Vegas Metro no longer having a full-time force focused on illegal marijuana use.
Garber is also concerned that black market marijuana may pose a health risk. When you purchase legal marijuana, you can be certain you’re getting cannabis with no additives; this includes all marijuana brands. Marijuana sold on the shelves has been tested, and if there has ever been an issue, it has been pulled. However, you can never be too sure what black market dealers may be mixing in with their product. A couple years back, there was the threat of fentanyl in street cannabis.
Marijuana is currently legal in the state of Nevada, but tourists currently have no place to enjoy cannabis because the state law stipulates marijuana can only be consumed inside residential homes. With the tourist industry frowning upon smoking grass in hotel rooms, Yeager suggested setting up smoking lounges where anyone over the age of 21 can go and enjoy.
These lounges would cost over $3 million to fund each year, with about 30 new officers needed to regulate the lounges. It’s obvious that Yeager wants to crack down on black market marijuana sales to increase the revenue of legal marijuana sales in order to fund government programs he believes are best for the state. While the health risks of black market marijuana are typically minimal, lawmakers aren’t above using fear tactics to convince the people to give more of their hard-earned money to the state.