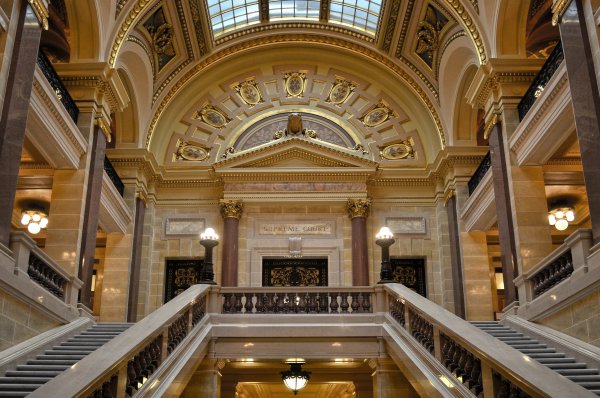 After Wisconsin Governor Tony Evers proposed legalizing marijuana for recreational and medical use in the state, Republicans in the legislature made it abundantly clear that they’re not interested in moving forward with legalization. According to state Senate Majority Leader Devin LeMahieu, the legislature does not have the 17 votes needed in the caucus to legalize marijuana for recreational or medical use.
While Republicans in the state have always been unlikely to budge on legalizing recreational use, the GOP is a little more divided on legalization for medical use. So many Republicans backed medical marijuana reform in the state it appeared possible that legislation would result, but LeMahieu explained that legalizing marijuana for medical reasons should be left to the federal government.
As of November 2020, 26 states, four territories, and Washington DC have legalized marijuana in one shape or another for medicinal use. Marijuana legalization not only continues to gain support nationwide, but also in the state of Wisconsin. A 2019 Marquette University Law School poll found that 83 percent of voters support medical marijuana, while 59 percent of voters support legalizing the plant for recreational use.
Wisconsin Republicans outnumber their counterparts 20-12 in the Senate, but that majority will increase by one once current Representative John Jagler, who won a special election last week, is seated. Nearly every Democrat sitting in the Senate supports legalization in at least one form or another, but LeMahieu has declared he will not proceed unless there’s enough Republican support alone to pass legislation.
If the state legalizes recreational marijuana, Evers’ office estimates $165 million in additional revenue during the very first year. His office has already planned to use $70 million to help rural schools and programs for black communities, women, and veterans. While additional revenue for the state could be useful, especially after a year-long pandemic that cost people their jobs, businesses, and livelihoods, Wisconsin Republicans appear unlikely to budge while they still maintain control.